Salento is a complex territory to fully discover: holy and profane traditions, local festivals and night life are worth to be explored.
AUS & MESON

In Salento, rituals play an importat role in the everyday life and very often holy traditions interwave popular and local festivals. In Gallipoli, for example, on the 23rd and 24th July, people celebrate Saint Cristina, the Saint who released people from cholera in 1867 and during the holy celebrations, her statue is carried on board a fishing boat inside the sea. All the city is decorated with many lights. During the same days, near the harbor of Gallipoli, the inhabitants put a greasy pole (the well known "Cuccagna") at the end of which there are different prices to be won (usually they are local products like cheeses, cold cuts and bottles of wine).
But the most famous and celebrated Saint in Salento is Saint Oronzo, patron Saint of Lecce, who is celebrated (together with the Saints Giusto and Fortunato) from the 24th to the 26th of August. During these days, the whole city becomes the symbolic space where art and culture embrace each other by giving the city a new look: colours and smells .
In Scorrano, then, from the 6th to the 8th of July, they celebrate Saint Domenica, patron Saint of the town and from year to year it become the symbol of illuminations, well known all around the world, due to their innovation and modern features.

Summer nights could be spent in various ways but if you are looking for a unique place where music, art, culture and gastronomy meet each other, you will surely find it in Gallipoli.
Well known for its Corso (a street full of shops, stalls, resturants and bars) which links the modern part of the city to the old one, Gallipoli offers tradition and modernity under the same sky. The city has an old castle (transformed into a charming restaurants with live music) and a maze of narrow streets where people have the opportunity to eat or drink; a part from the variety of places situated on the ancient walls, with enchanting view on the sea.
On the other side of Gallipoli we find a long seaside full of beach resorts (some of them open till late night) and various discos in front of those beaches. Among them we find Samsara, Zen and Zeus, well known for their aperitifs and good music.
Moreover, the very famous Parco Gondar hosts every summer a lot of international djs and artists from all over the world.
Other places where to spend lovely nights are Santa Maria al Bagno, Lido Pizzo, Lido Conghiglie, etc..
Lecce, then, represents a valid alternative with the many restaurants and bars around the squares of Santa Chiara, Sant' Oronzo, by passing thorugh the "doors" of San Pietro, Rudiae and Napoli. Lecce and its Barocco style enchants the viewers and its treasures are to be found around the city.

The best way to discover a place is to be tempted by its cuisine. Local festivals, indeed, are good occasions to taste local food which includes peculiar fish but also meat varieties, cooked in special ways. From the festival dedicated to the "Municeddha" (little earth snails) which takes place in Cannole and the one dedicated to the "Purpu" (Octupus) in Melendugno, by passing through Felline and its Potato's sagra (local term for festival), it is only a matter of choice. Meat lovers, then, could find in Seclì a tasteful meeting: people celebrate the "pezzetti" (horse meat cooked with tomatoes and onion), eaten with sandwiches or alone, accompained by good red wines (Primitivo, Negramaro, Salice Salentino).
Obviously wine is the most wanted, honoured and drunk drink of the region (Carpignano, Nardò, Copertino, Galatina and many other cities are used to organize events dedicated to wine). For those who love strong spicy flavours, in Ruffano, every year "Maru - il peperoncino in festa", delights his guests with chili peppers of any kind.
And let's end in style with the well-known "Pasticciotto", the typical sweet of Salento, filled with pastry cream and chocolate (in same versions), celebrated in Surano.
Finally, oils, beers, cheeses, cold cuts, vegetables, fish, meat, fruits, ice-creams and chocolate are only few of the many ingredients part of the "Mercatino del gusto" (local food and drink fair) of Maglie, where every year the city offers the opportunity to admire the city's beauties while eating and drinking most of the regions' excellences.

The most famous and well known event of summer in Salento is the "Notte della Taranta" in Melpignano. It takes place in August in Melpignano (after several other stages in the nearby towns) and it attracts people from all regions due to its well known artists who come from all over the world.
It is the ideal concert for Taranta and Pizzica lovers, who could dance and enjo themselves under the notes of these traditional songs, renewed and trasnformed by young musician generations.
But Salento is not only Pizzica; it is the stage for culture, cinema and art and Specchia well reflects all these features being elected one of the best "Borghi più belli d'Italia" and Bandiera Arancione del Touring Club and last but not least for the "Festa del Cinema del reale".

In Trepuzzi, "Bande a Sud", it is a festival which promotes local musical culture and it is a nice occasion to gather, drink and eat together. Torrepaduli, then, with its festival of Saint Rocco it is the best event where you could admire the well known "swords' dance", where people dance while fighting at the rhytm of tambourines, castanels and accordions. 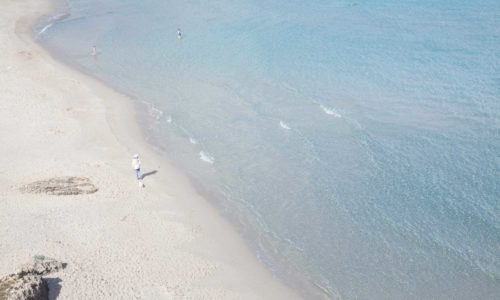 Come and visit
the best beaches of Italy 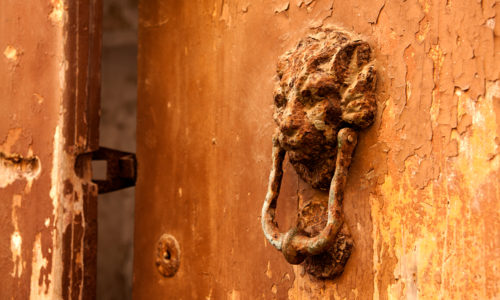 Salento and its treasures: from the baroque of Lecce to the Cathedral of Otranto and its huge mosaic; from the historic center of Gallipoli to the edge of Santa Maria di Leuca and the finibus terrae.

Come and see
the oldest suburbs of Salento 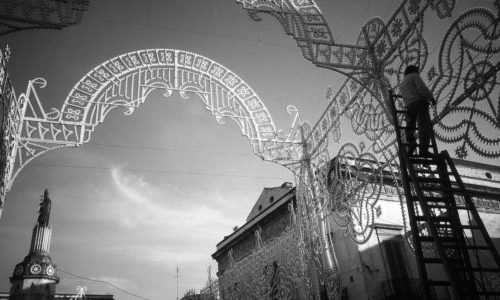 Salento life is full of events: from holy to profane ones. Night life and popular festivals will enchant all the visitors.